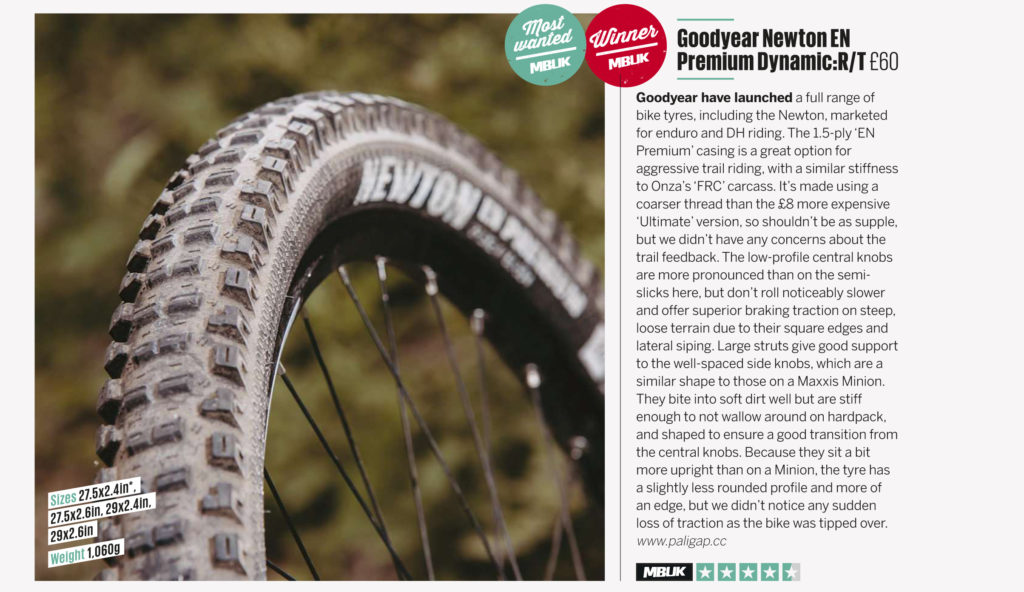 Goodyear Newton Tyres, Most Wanted Winner in the 30th anniversary issue of MBUK.

“Goodyear have launched a full range of bike tyres, including the Newton, marketed for enduro and DH riding. The 1.5-ply ‘EN Premium’ casing is a great option for aggressive trail riding, with a similar stiffness to Onza’s ‘FRC’ carcass. It’s made using a coarser thread than the £8 more expensive ‘Ultimate’ version, so shouldn’t be as supple, but we didn’t have any concerns about the trail feedback. The low-profile central knobs are more pronounced than on the semislicks here, but don’t roll noticeably slower and offer superior braking traction on steep, loose terrain due to their square edges and lateral siping. Large struts give good support to the well-spaced side knobs, which are a similar shape to those on a Maxxis Minion. They bite into soft dirt well but are stiff enough to not wallow around on hardpack, and shaped to ensure a good transition from the central knobs. Because they sit a bit more upright than on a Minion, the tyre has a slightly less rounded profile and more of an edge, but we didn’t notice any sudden loss of traction as the bike was tipped over.” 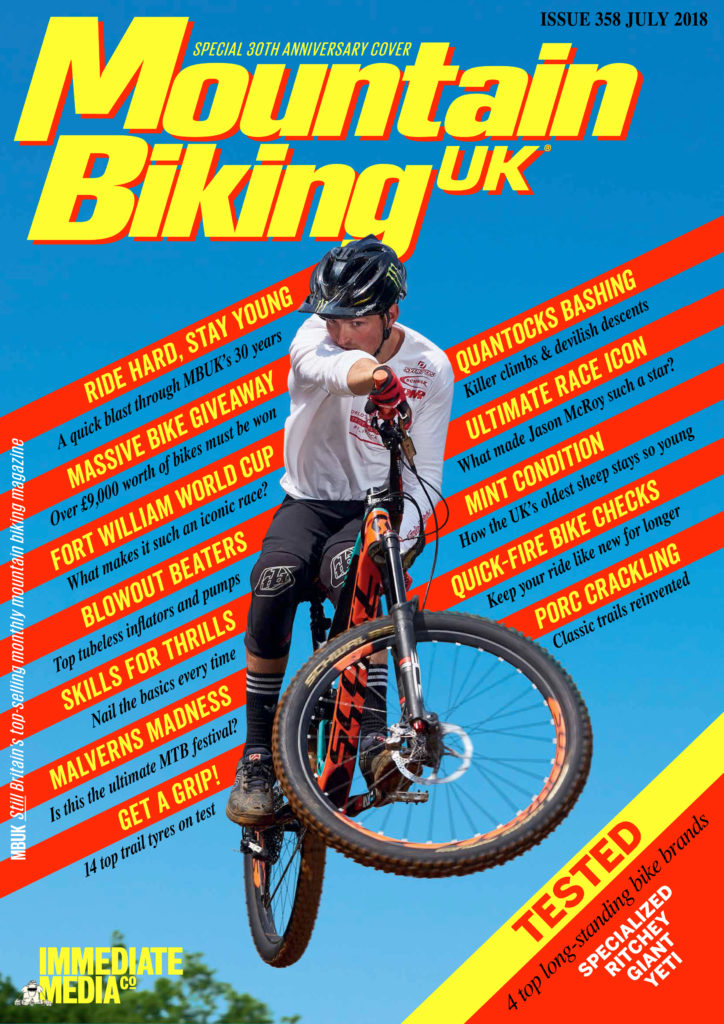 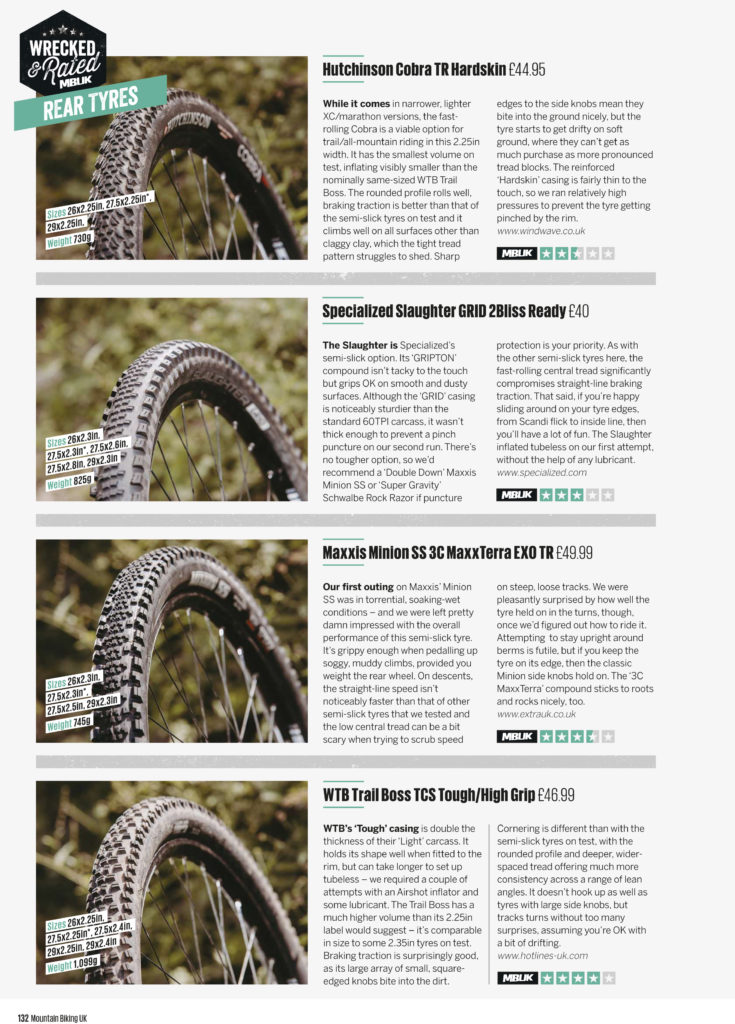 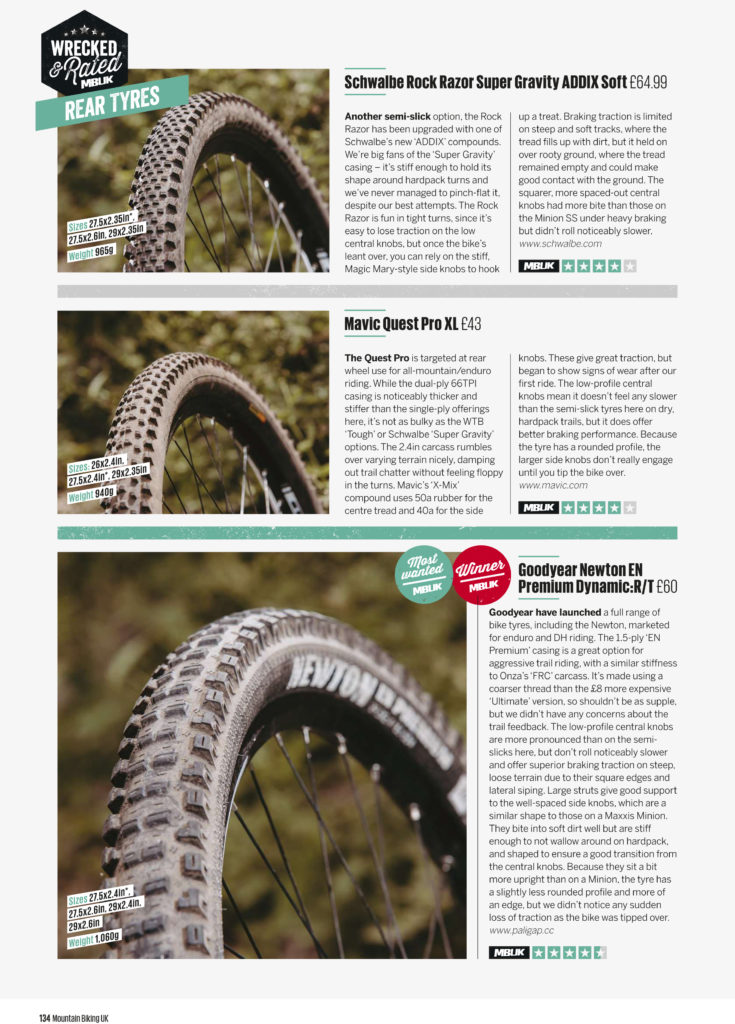 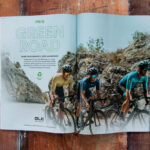 A new campaign featuring a double page spread in the July 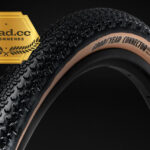 Review from Road.cc giving the Goodyear Connector 4.5/5 stars. “The Connector 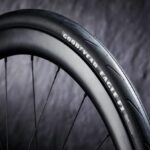 A 5* review for Goodyear Eagle F1 Tyres from David Arthur